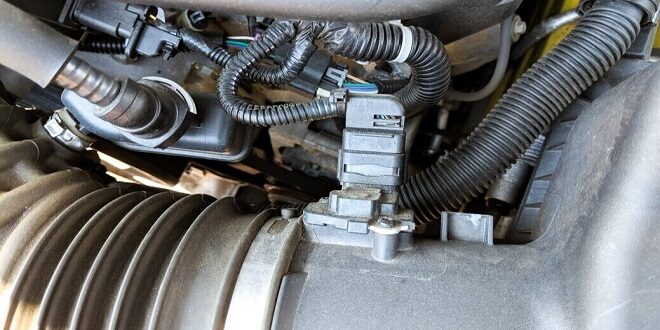 More recent mass airflow sensors involve a heated element that is placed in the flow stream of the incoming intake air. This type of mass airflow sensor uses a voltage value from the ECU that will vary to keep the element at a constant temperature.

The voltage required to maintain the element at the constant temperature is a direct function of the mass airflow into the engine. The airflow past the heated elements reduces their temperature through connection. The convection process transfers the heat from the surface of the heated element to the entering airflow.

Note that sometimes there are applications where the use of a mass airflow style of engine management is not desirable. This is sometimes the case in a forced induction car. Forced induction cars can utilize such a large amount of boost that they actually max out the mass airflow sensor. That is, the ECU cannot produce a high enough voltage to maintain the heated MAF elements at their proper temperature.

In cases such as these, a Speed Density system with the capability to measure a large difference between ambient and intake manifold pressure is preferable. Some engine types utilize a mass airflow engine management system with a 46 Speed Density backup.

As such, the cooling properties of the nitrous oxide cool the heating element of the mass airflow sensor to such an extent that the ECU commands the injector pulse width to widen.

This widening of the injector pulse width is rather important because it provides the necessary extra fuel that must be supplied with the nitrous oxide to make more power. Due to the simplicity of the system, the dry nitrous kits have had much success in the aftermarket industry.

When matched properly to an appropriate internal combustion engine, turbochargers provide a great means to efficiently increase the power output of any engine. Naturally aspirated engines are limited to the amount of air/fuel charge that can be combusted efficiently.

The amount of air that makes its way to the combustion chamber can be greatly increased through turbocharging. By effectively increasing the mass flow rate of air into the cylinder and simultaneously increasing the amount of fuel supplied (through engine management techniques), substantial power gains may be realized. One advantage of turbocharging is that it increases the efficiency of a properly matched engine by converting previously wasted by-products into useful sources of energy.

Previous Modafinil Vs Armodafinil: How Are They Different?
Next Top 5 Reasons Why Your Business Should Be Using Android POS Machines 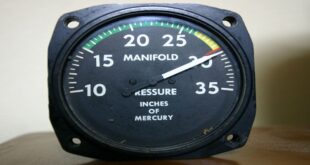